The most popular tourist destinations of Spain 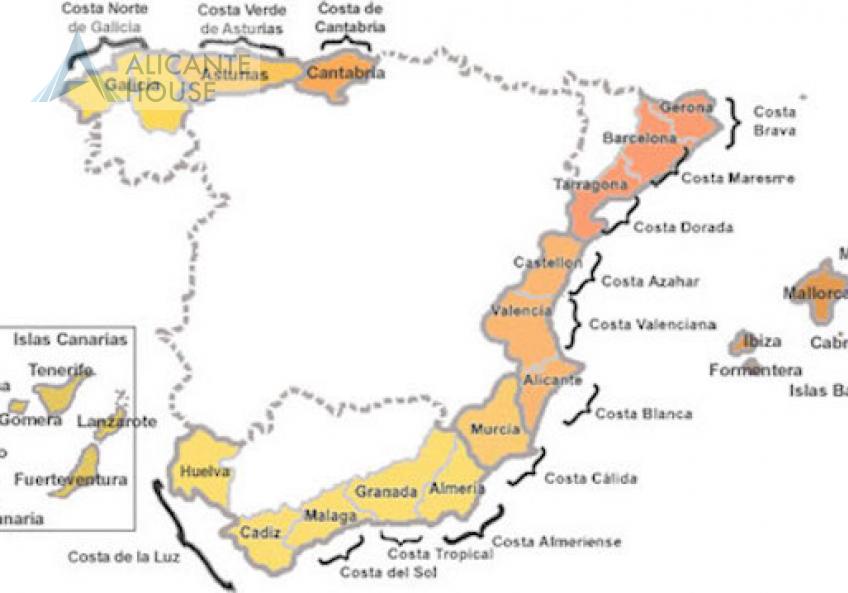 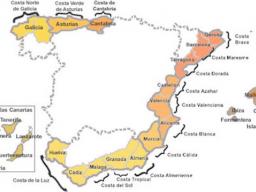 Images: The most popular tourist destinations of Spain

Comfortably located on white beach, take a dip in the crystal clear water of the Mediterranean sea? And maybe, to taste the local gastronomic delights? Or to drink a bottle of wine from the local wineries? Spain will meet the needs of travelers in the rest of different categories of tourists. In response to the generous invitation by millions of tourists annually from around the world come here to feast upon the culture and identity of the state. For tours and historical sites all guides are sent to mainland Spain – Madrid, Barcelona, Seville, etc. Here you can comfortably stay in the hotel day and night to explore the features of the architecture, visit museums, parks and, of course, cheer for your favorite football club on one of the largest stadiums in the world.

The inhabitants of the Nordic countries consider Spain as a top resort for a beach holiday. Popular tourist destinations – Ibiza, the Canaries, Majorca. Surrounded on all sides by water they are popular among young people. In the "hot" season, the beaches are crowded, hotels are almost impossible to book a room, and the party lasts for several days.

If you want another holiday in Spain, in the choice of tourist destinations focuses on the prefix "Costa", which means "coast". 90% of them awarded a Blue flag that proves its ecological purity.

Costa Blanca: vacation under the motto "all inclusive"

The coast of Alicante province, from the South part of the Valencia region – the standard of favorable climate and high quality of life. There is a perception that the Spaniards left this resort itself. Indeed, there are no crowds of annoying tourists, and the level of service will compete with more expensive places.

Costa Blanca is one of the largest resorts. The center of the province of Alicante will surprise historical sites and picturesque landscape, Benidorm – the "Mediterranean Miami" attracts lovers of luxury living. Quiet and peaceful relaxation Denia and Torrevieja. In search of the best places to be at one with nature the most desperate choose uncrowded mountain settlement.

Summer is almost to an end – the heat is not exhausting, the cold not bothering. In summer the water warms up to 29-32 degrees Celsius in winter to 10-13 degrees colder, but tourists are not stopping!

The province of Alicante among people remote from the sea areas of Spain since the late NINETEENTH century. Less than 30 years, as they were followed by the whole world.

Fans of historical sites will be delighted from the Archaeological Museum, fortress of Santa Barbara in the "heart" of the Costa Blanca. For the wonders of nature guides sent to Park of palm trees of Elche (UNESCO declared it heritage of humanity). The best colorful music with authentic cafes in Torrevieja, large-scale festivals are held in Alfaz del PI.

Only here nature's creations coexist in harmony with the results of human labor. Rocky Bay with pointed tops, dense palm groves, endless beaches intersect with gardens of fruit trees and plantations of flowers. Towards the South of Alicante stretch saline soils that attract sophisticated Flamingo.

And what of the sea?

More than 150 kilometres of beaches with soft Golden sand! The most popular for Europeans, the territory of La Mata and San Juan. Attracts not only clear water, but also the excellent service. The beaches are equipped with showers, comfortable wooden pontoons, children's entertainment areas. For a fee you can also hire sun loungers, umbrellas, etc.

Location of the Costa Blanca is advantageous geographically. From the Central coastal part of the country can be reached quickly in its most remote corners, or visit the nearby resort province of Spain.

To the South of the Costa Blanca, guests are greeted by the coast in the province of Murcia. The Mar Menor is the most popular area. It attracts families with young children and lovers of water sports, thanks to one of the local wonders of nature – the Small sea. A narrow sand bar separates the Mediterranean a sort of "sleeve". Formed lagoon has an area of about 200 sq. km. Depth of the Small sea does not exceed 7 meters, there are no high waves, the water is as heated and has a record concentration of mineral salts and iodine. Water and mud here have healing properties.

It offers the province of hotels in various price categories and developed infrastructure of entertainment.

Going North from Alicante, you should visit the area of castellón. It forms a southern strip of Catalonia, the Costa Dorada and stretches for 100 kilometers from Valencia. Orange is a real Paradise! It seems that everything is fragrant delicate citrus aroma. It seems, plantation, Sunny fruit here is not placed only on pristine sandy beaches.

A must to visit the castle on the cliff in Peñíscola. The former residence of the infamous Benedict XIII is well preserved to our days. The nature reserve of Serra D Irta reflects the pristine mountain landscape del Azahar.

The largest resort area – benicàssim and Oropesa de Mar luxury hotels, luxury villas and a rich entertainment program. The North province is famous for the country's largest fishing industry. Delivered seafood, fresh fish throughout Iberia and far beyond its borders.

From the North-East and along the Mediterranean coast extends Catalonia. The capital of Catalonia is Barcelona. In the North the Costa Blanca is framed by the Pyrenees and to the South the waters of the warm Mediterranean sea. Mountains, forest slopes, charming valleys with flowing rivers and lakes and magnificent beaches stretching for tens of kilometers. Here, due to favorable climatic conditions were the most famous resorts of the Costa Brava, Costa Dorada and Costa Maresme. The region has a mild and warm Mediterranean climate. A huge variety of museums and architectural masterpieces of different eras. Barcelona is rightly called the city of museums, there is also a Museum of Picasso and the unique design of Antonio Gaudi.

"Gold coast" stretches for more than 100 kilometers from the small town of Vilanova I La Geltru to the rice plantations surrounding the river Ebro. The territory from the centre to the East are densely populated by hotels and hotel complexes, with regard to the Ebro valley, it is sparsely populated.

Salou and La Pineda and beckon the youth night clubs and beach parties till the morning. The main town of the coast of Tarragona will be acquainted with the majestic monuments of the middle ages.

Andalusia is the most southern autonomy Spain, includes 8 provinces most popular in: Seville, Malaga and Granada. Here connects the Mediterranean sea with the Atlantic ocean is the Strait of Gibraltar. Andalusia borders with Portugal. It's Sunny and hot, one might even say arid region. Here attract tourists best Spanish beaches of the Costa del Sol and Costa de La Luz, the ski resort of Sierra Nevada, scenic areas, historic and cultural values: the tower of Seville, the fortress Alhambra in Granada, and the castles of Cordoba.

Basque country, whose inhabitants speak the Basque language. The coastal part has many bays, cliffs and sandy beaches, the climate is moderately humid, while in the Central part of the region is characterized by dry climate. Popular tourist destinations are: Hiking, mountaineering, beach holidays and Cycling. The most popular beach in San Sebastian. Having been in this part of Spain you should go dine at the tavern and sample the local tapas.

Located in the North of Spain. The capital city is Pamplona. Tourists are attracted by mountain climbing, fishing and hunting. Popular resort with thermal waters of baños de Fitero. Navarra is also famous for its palaces, castles and cathedrals that reflect the historical past. Located on the border with France.

An Autonomous community in Northern Spain, is the most famous region due to winemaking. Favorable continental climate, many rivers and fertile land in the best way contribute to the cultivation of elite varieties of grapes.

The Capital Of Spain – Madrid. Famous for its historical monuments and museums. The city was founded in the IX century, and the capital of Spain, he became in 1561. Spring is the best time to travel to Madrid, comfortable weather, reviving nature and unforgettable atmosphere will not leave anyone indifferent.